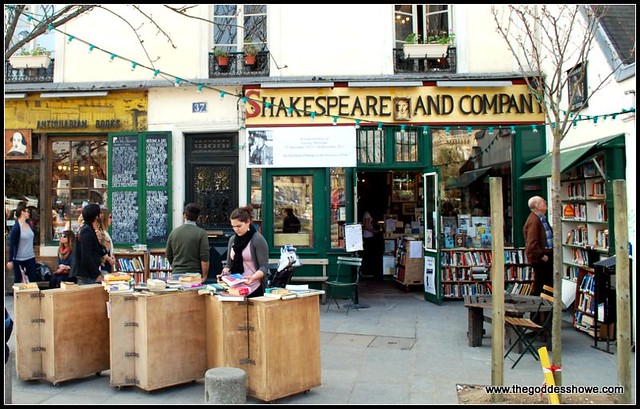 The ORIGINAL Shakespeare & Company was opened in 1919 by Sylvia Beach and became a popular hangout for the American ex-pats in Paris in the Roaring 20s, including Ernest Hemingway and James Joyce. 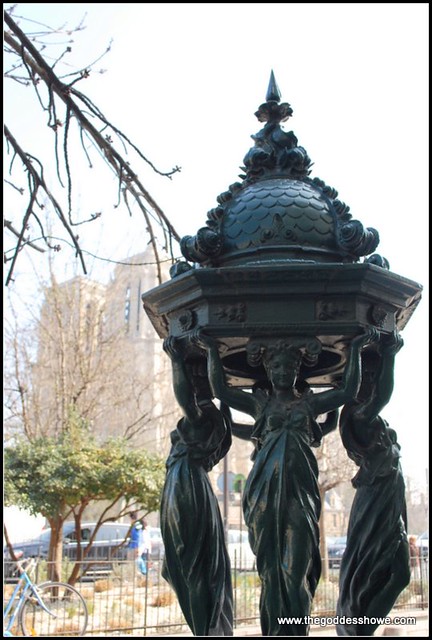 In 1964, Sylvia passed away. Bookstore owner George Whitman changed his store’s name to Shakespeare and Company to honor her after her death. The store, just across the river from Notre Dame, is a still a thriving community gathering place for poetry and book readings, book discussions, and selling books, of course! 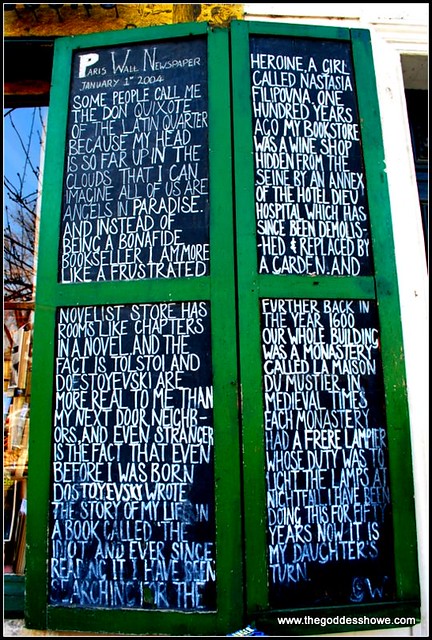 George was a very passionate man, and he followed in Sylvia’s footsteps to create a place that artists and writers could write and gather as they passed through Paris. He opened his doors to them, and by his claims over 40,000 artists have slept in the tiny beds over the bookstore. 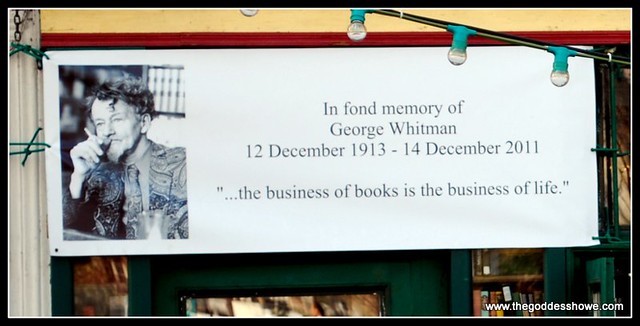 Unfortunately, George passed away in 2011, but his legacy and his passion live on in his daughter, aptly named Sylvia Beach Whitman. 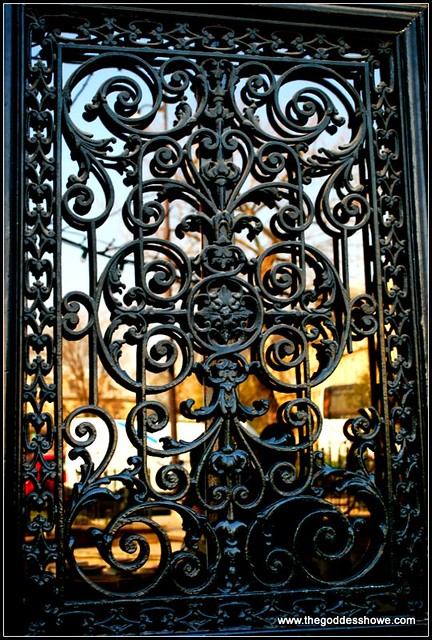 I first heard about the bookstore in Woody Allen’s Midnight in Paris. I was reading The Paris Wife at the time, which is based on Hemingway’s first marriage and his time in Paris. So I was so excited to visit this little treasure in my favorite city. 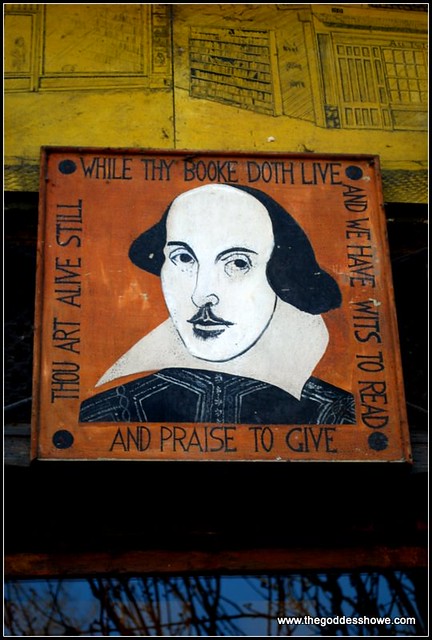 It was almost magical, visiting this tiny little store that had breathed life and hope into so many, right as I was about to make the leap into my own dreams of being a writer. 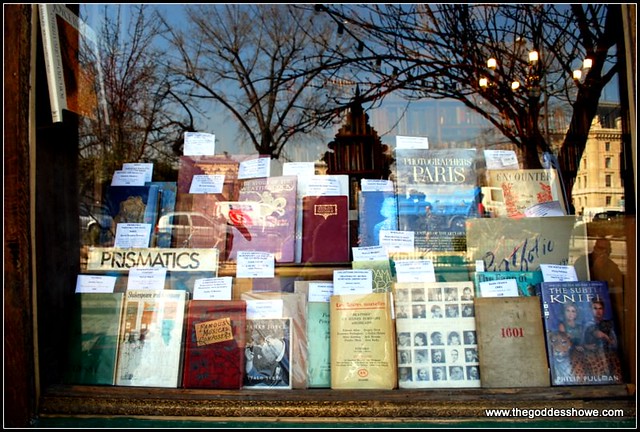 The store is a wonderfully eclectic mix of old and new books. All in the English language right in the middle of the hustle and bustle of Paris. 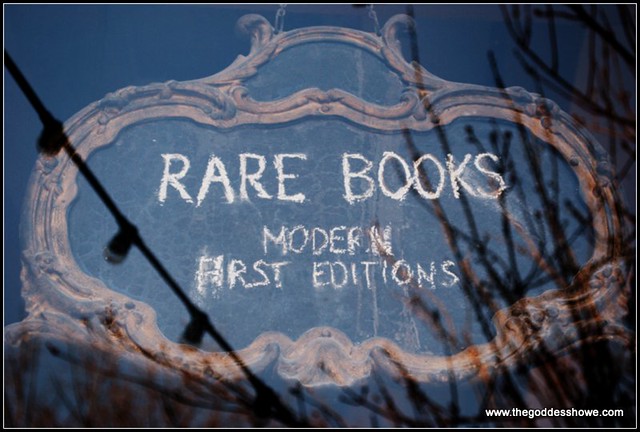 One side of the store is dedicated entirely to rare first editions. 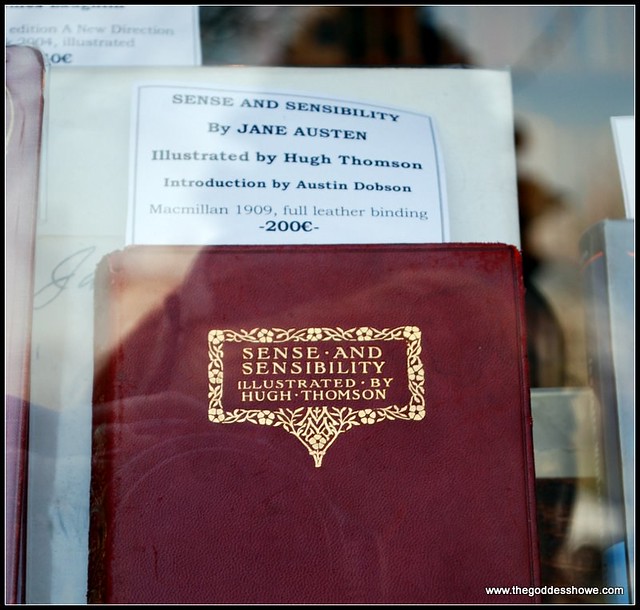 You cannot imagine the elation and giddiness of this history buff, aspiring writer, and lover of antique books to see such marvelous treasures from legends of the written word. 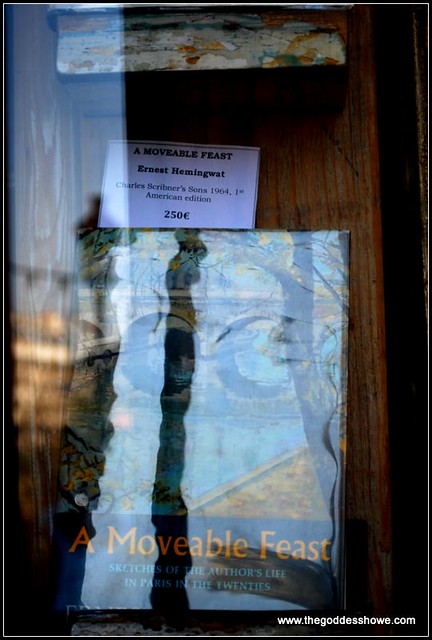 I was especially intrigued by a rare copy of Hemingway’s A Moveable Feast, written during his time in Paris. 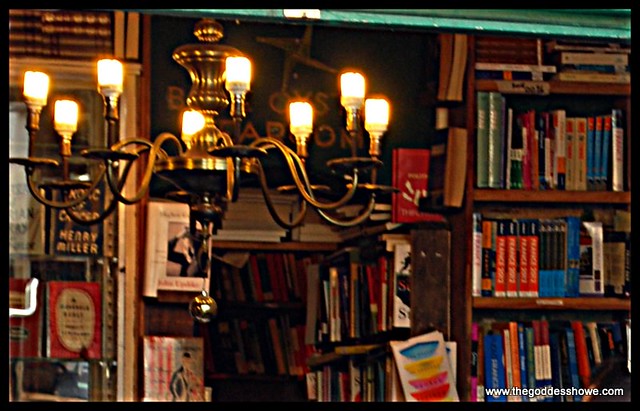 No cameras are allowed inside the store. It is not a tourist attraction, but a legitimate bookstore, with readings and workshops and signings. And even as a passionate picture person, I agree with Sylvia’s decision on preserving that. (Though I couldn’t resist taking a quick snapshot zoomed through the doorway just to show that this is no chain bookstore with large aisles and flourescent lighting. It’s quaint, unique, cluttered, and passionate.) 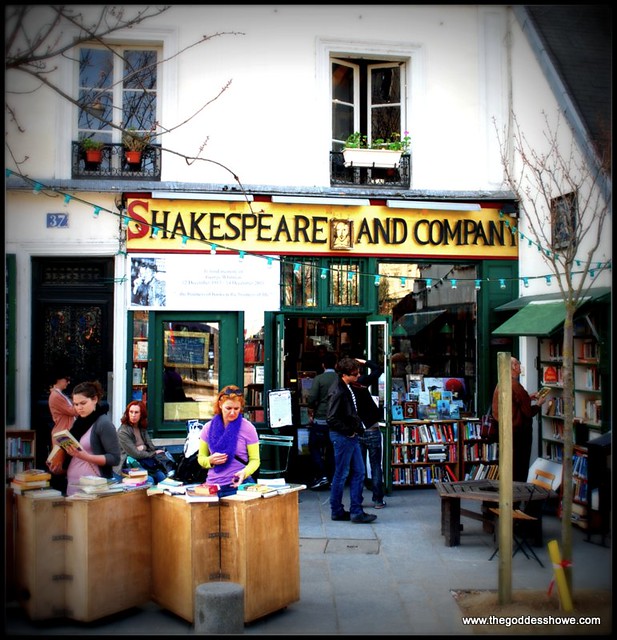 Eventually I had to pass the camera off to My Knight to go and peruse in purple. I longed to feel the history with my hands and search through the plethora of words with my eyes and my heart. I could have spent hours there. And someday, I will.

If these photos or this place intrigued you at all, I strongly encourage you to check out the store’s website by clicking here. It is one of the most fascinating websites I’ve ever visited. The website is every bit as intriguing, eclectic, unique and artistic as the store itself. Each picture, each note posted, leads to you another treasure, much like the twisting and crooked aisles of the store itself.

You can also click here for the store’s history on Wikipedia.

Or…..You could just go to Paris and see it yourself.

P.S. Oops. It’s after midnight. This is now officially a Sunday Through My Lens. Oh well. It will shock no one that I am late.

Say Cheese! On a Sunday afternoon adventure, we ca

The moon over my house is part of my Christmas lig

Some day I’ll return to Scotland. But for now, I

@chrissyteigen for the win with these two recipes

Throwback to our mother-son trip to Paris. Good ti